I can file for divorce 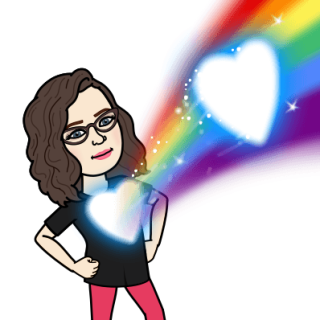 Hi! I go by "Quixie." Quixie is a shortened version of "quixotic," which means: "exceedingly idealistic; unrealistic and impractical." It's how I described my evangelical Christian faith when I started blogging 7 years ago. Now I'm an agnostic atheist who is trying to find a balance between idealism and reality. I write about my mental health journey with bipolar disorder, my loss of faith (deconversion), parenting teens, reading, exercise/health, work-life, and my marriage separation/divorce.

Hi all! Welcome to my blog. I really should have written here during my whole separation journey but, ya know, divorcing is difficult. Extremely difficult. So much so that you don’t really want to talk about it a lot.

But I decided since I’m 26 days* from being able to file for divorce I decided I might just start talking about it. So I went to a Divorce Support Group.

And, boy, were these people nutso. I mean, I’m going to give it one more chance, but they are nutso. Let me introduce them.

(Not their actual names):

Why do I call them homophobes? Well, here’s how the conversation went. Every single one of the members were lonely and looking for friends. There is an event group on Facebook and Peter mentioned that there is a singles night but that it’s at a gay club and said, “I don’t want to be around those homosexuals and drag queens.” Then Margaret chimes in, heartily, “Me neither!” with a look of disgust.

Then Peter and Amanda start talking about how the church kicked them out for divorcing and then the two others chimed in about how they were Christians, and here I’m wondering what this has to do with Divorce.

And since I felt so taken aback. All these people needed to divorce. I trust that they made the best decision for them. I don’t judge them for that. And with Peter and Amanda I genuinely feel sympathy for them that the church kicked them out and judged them for that, because I’ve had similiar issues with church.

But a part of me wanted to ask them, “If you are going to be so against gays because of the Bible then how are you not against divorce?” which is also condemned in the Bible.

The thing is, it’s homophobia, pure and simple. Because they are scared because there are people different from them.

I didn’t tell them I was a former evangelical and am now an atheist. I did tell them that there are some really great people in the gay community.

The response was, “Well, that’s just not what I’m used to.”

Anyway, not sure if I’m going back. Despite the homophobia and self-absorption I genuinely had sympathy for their stories. I wonder what it might be like if other people join the group.